Award-winning dance acts, cultural music, top Asian singers and a spectacular parade are on the line-up for Diwali in Luton this October – made possible thanks to support from Luton BID and other partners.

For the second year running the festival, which will take place on Saturday 26th October, has been generously supported by Arts Council England.

Diwali in Luton Events Manager, Furhaad Ahmed, said: “The Arts Council like to part fund events so the support from Luton BID was essential to obtaining this funding. This year we have also had support from The Mall and Revoluton Arts. IT is thanks to all this generosity that our Hindu festival of lights is set to be bigger and better than ever before.”

This year the festival returns to St George’s Square from 12noon – 7.30pm. The free entertainment will include traditional dancing, singing and visual arts along with traditional food and drink.

The Diwali parade, being organised by outdoor arts company Festive Road, will start at 6pm at Market Hill, weave its way down George Street and will finish at St George’s Square at around 7pm.

This will be followed by a dramatic firework display from the rooftop of The Mall shopping centre.

The Diwali in Luton line-up is as follows:

The ICC Cricket World Cup Trophy will be displayed on the day in the atrium at The Mall Luton. Shoppers are invited to have their picture taken with the trophy between 12noon and 7pm.

Roy Greening, BID Director and General Manager of The Mall, commented: “We’re delighted to be supporting this year’s Diwali in Luton and we’re looking forward to hosting our free arts and crafts workshops, in the run up to the event, to celebrate the cultural significance of Diwali.”

The Mall’s workshops will take place from 1pm – 4pm on Saturday 5th and Sunday 6th October. Shoppers will be able to make lanterns Rangoli Scratch art and elephant fridge magnets. 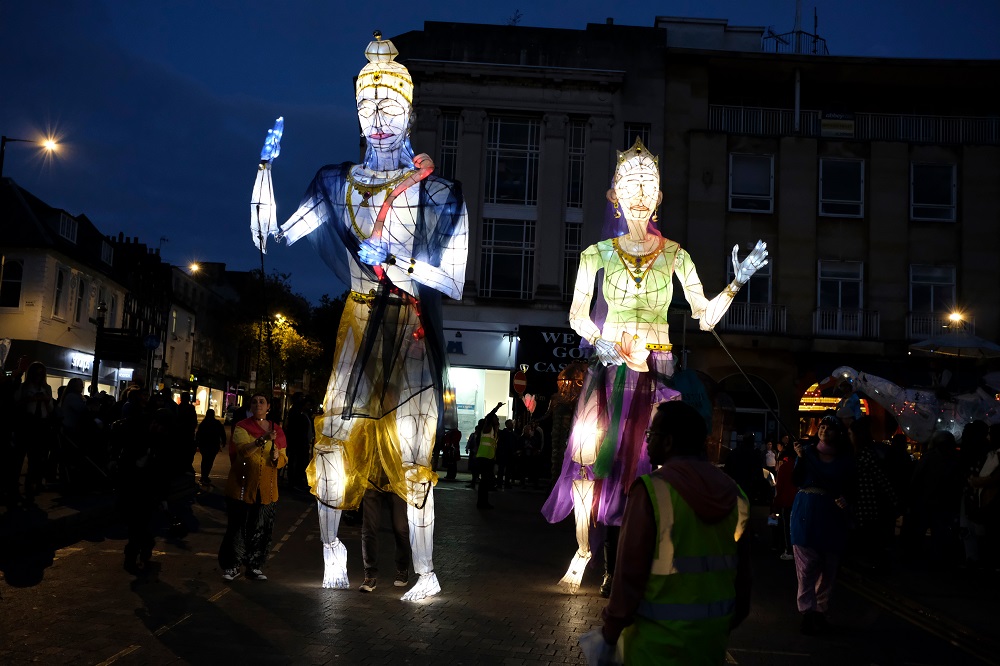