Luton Business Improvement District (BID) has been crowned runner up in the Luton Business of the Year category of the SME Luton and Bedfordshire Business Awards – and praised by judges for being ‘exceptional’.

The BID, one of 11 companies shortlisted for this top award, scooped second place in the category and was the only BID or town centre to be shortlisted across all the award categories – with the ceremony taking place at the Bedford Corn Exchange in May 2019.

Luton Business Improvement District (BID) was first launched, following a successful vote by local businesses, in October 2014 and has since funded, supported and run successful projects which have led to many positive changes in the town centre.

The BID is steered by a board of directors, who volunteer their time – without any remuneration – to ensure that all projects and BID events are in line with the business plan objectives that businesses voted for.

Chair of the BID board Gavin O’Brien, co-Director of Clearhead, attended the awards and said: “This is a sensational achievement and one not to be downplayed. It shows what a force we have become, and it is wonderful to see the tireless work of the team being officially recognised. I am very proud to be the chair of such a wonderful business, now officially the second best in Luton town centre!”

Here are just a few highlights from 2018 impressed the award judges:

• The BID’s evening economy guide promotes businesses working in the evening economy. More than 5,000 copies were printed, featuring over 70 businesses.
• The BID funded (in the lead up to Christmas) Paddington Bear and Peter Rabbit on the day of the lights switch-on event; Santa in Luton with a roving team of his helpers; Carol Singing in St George’s Square by the BID Christmas Tree.
• 55 businesses took part in the BID’s first Luton BID Mystery Shopping – with town centre businesses praised for their ‘outstanding customer service’.
• The BID’s weekly e-bulletins and quarterly printed newsletters update town centre businesses.
• Business Group Meetings give businesses the chance to have their say on the future of the town centre.
• The BID’s funds clean ups and tidy days. There is daily cleaning and the BID funds a Glutton vacuuming machine that cleans hard-to-reach corners, pavement cracks and kerbsides. In 2018 the machine was in operation for 1,307 hours and collected 57,840 litres of rubbish.
• The BID funded 12 new bins and three hot spot cleans as well as six new Gum Boards.
• For the fourth year the BID funded floral decorations – hanging baskets, flower displays and window boxes – this will happen again in 2019.
• The BID completed the final year of funding the ‘As You Change, So Do I’ programme which brought contemporary arts to the town centre with a key focal point being “The Beacon” the huge light display on the side of The Hat Factory.
• The BID added Christmas decorations to Chapel Street, Bute Street and Park Street
as well as a 30ft Christmas Tree in St George’s Square.
• The BID has dedicated Ambassadors whose role is to engage with the business community, work with the police and to help address anti-social behaviour issues, work on the street events organised or sponsored by the BID and to promote Luton to its visitors through their ambassadorial work in the street
• The BID’s Luton Live events in St George’s Square were hugely successful. The BID supported the new Diwali in Luton event that took place in George’s Square with a parade on Market Hill in October 2018.
• Luton BID worked with partners including Luton Borough Council, Bedfordshire Police, Luton Safe, The Fire Brigade, The Mall and The Galaxy Centre to put in a Purple Flag application in early 2018 and the accreditation was achieved in May.
• Luton BID partnered with The Mall Luton and Luton Town Football Club to create two reduced rate car parking schemes for people working for town centre businesses helping to make working in Luton cheaper and reduce overheads for businesses.

Our 2019 programme of events will include a one-day street circus in June and a stunning two-day festival in August, called Celebrate Luton Street Fest. Luton BID will also be supporting Diwali in Luton, the Polonia Festival and the council’s People, Power Passion event programme.

The BID’s Mystery Shopping awards scheme will return (with an awards ceremony in October) and Christmas planning is already underway. 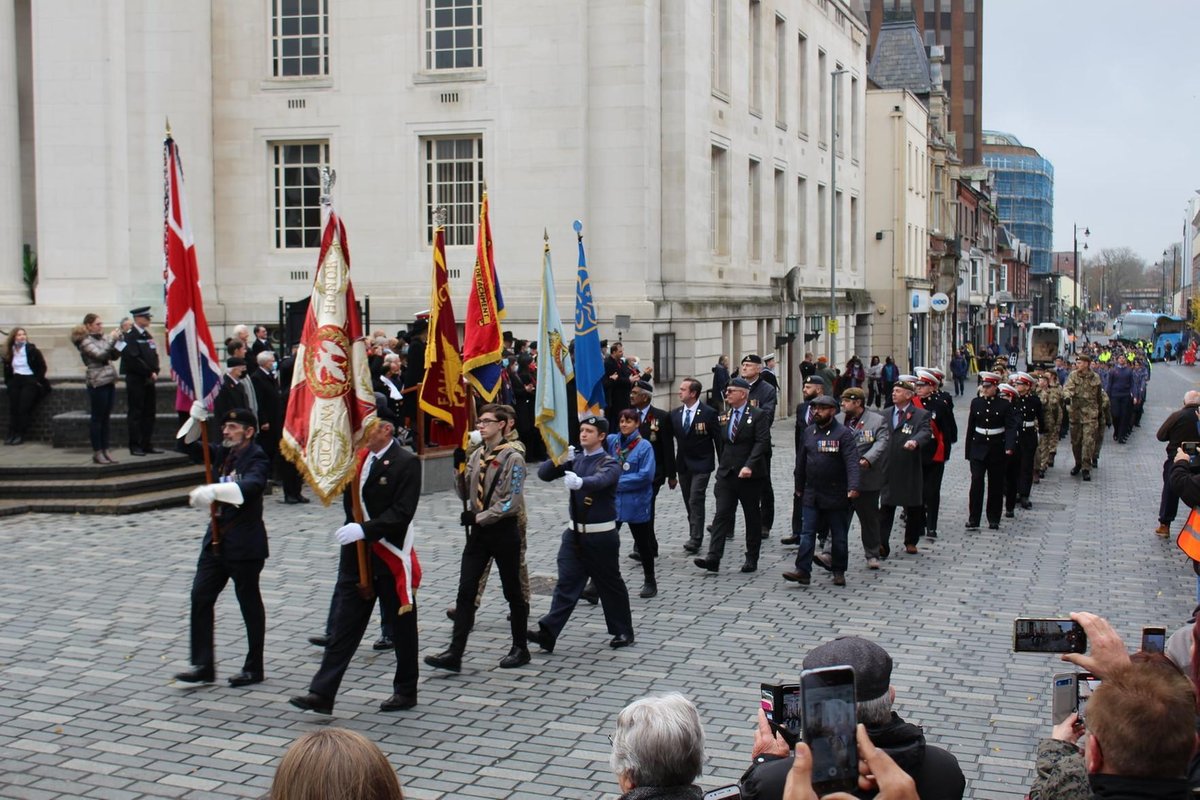 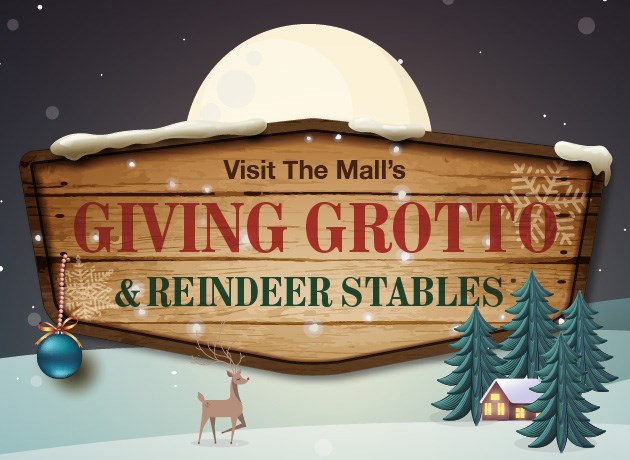 The Mall Christmas Activities Experience the magic of Christmas this year at The Mall with their FREE Christmas experience, the Giving […] 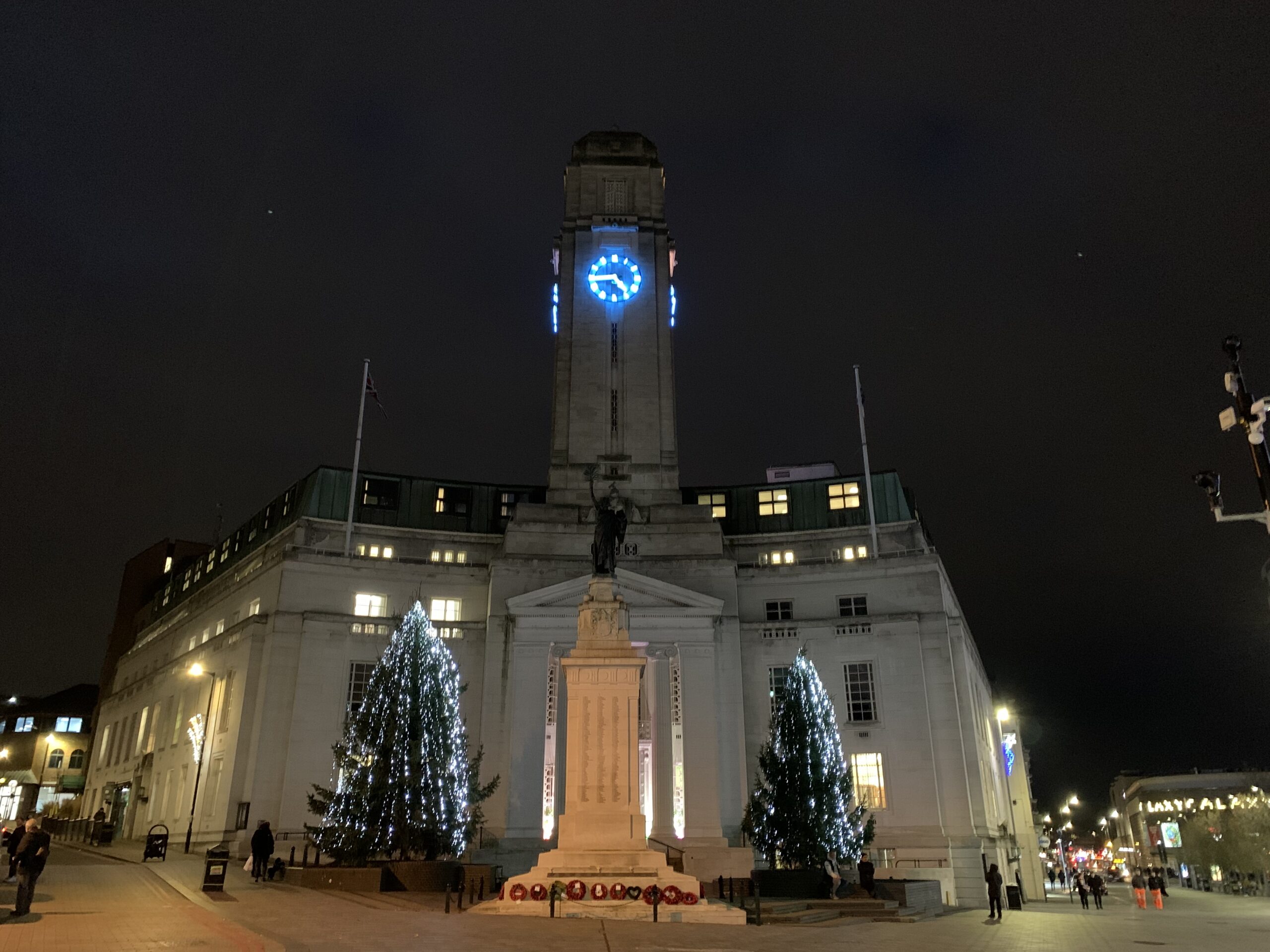 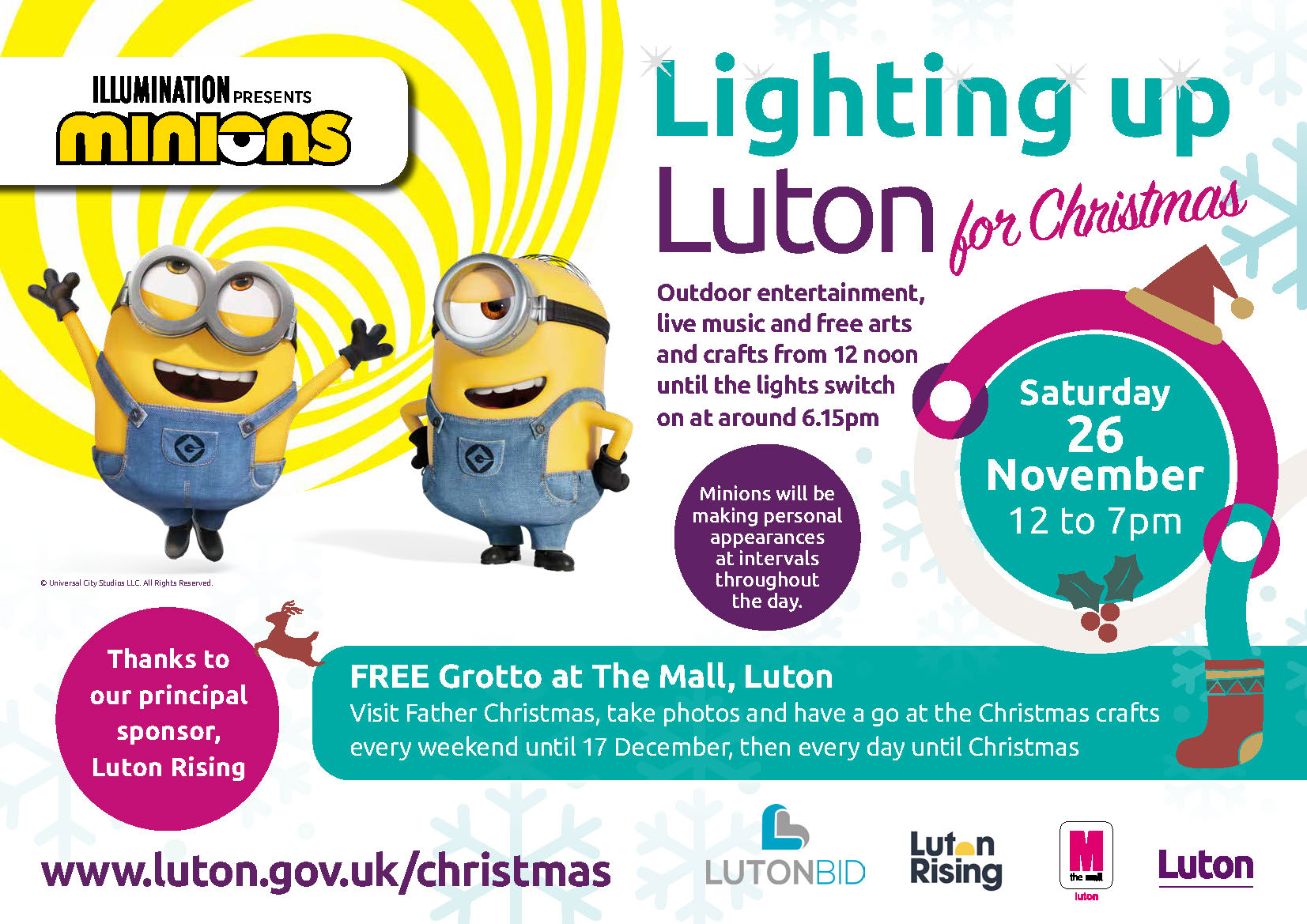 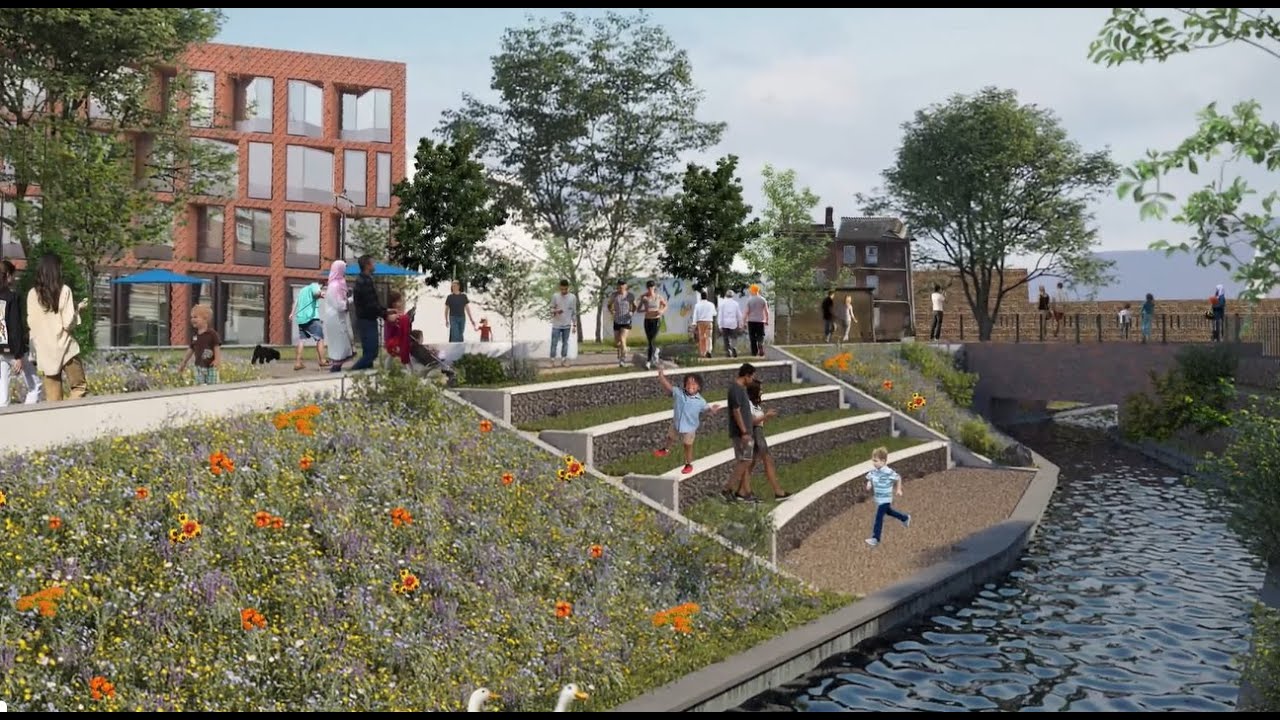 Think Luton Business Conference  As highly valued Luton-based businesses, you are invited to an exclusive event, which will showcase our […] 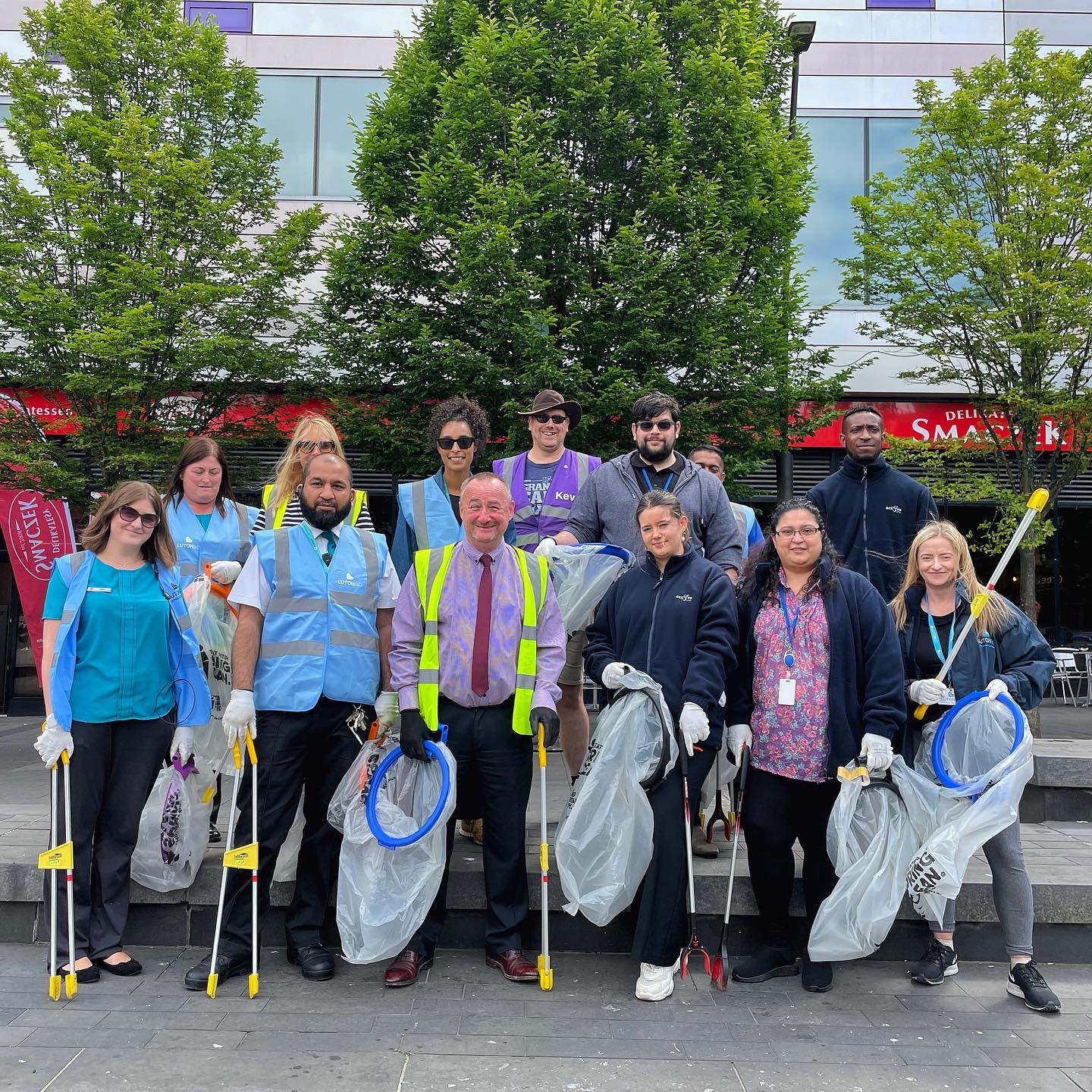